Sahakar Bharati leader Satish Marathe, Uday Joshi, D N Thakur and others met India’s Sherpa to the G20 and former Union Minister Suresh Prabhu on Tuesday at his office in Delhi and discussed a host of issues pertaining to the cooperative sector.

The constitution of the Cooperative Development Forum (CDF) also came up during the discussion, among others.

Talking to Indian Cooperative Marathe said, “We met Sri Prabhu and discussed the issue of the establishment of the Cooperative Development Forum (CDF). We hope that in the middle of March, the inauguration of the CDF will be held. The office will be in Delhi and the forum will work to strengthen the cooperative movement of the country”, he added.

“Sahakar Bharati National General Secretary Uday Joshi will be its member secretary”, Marathe said to this correspondent on the phone.

The meeting which lasted for more than one hour, we urged him to help us strengthen the PACCs which have a vast network in villages. There should be a national payment gateway for the primary level co-ops, stated Marathe.

“Suresh Prabhu ji, listened to our concerns very patiently and was eager to address them sooner than later. We hope that the situation will be good in near future”, he said with a sense of satisfaction.

Later on, the former union minister also shared the photos as well as the details of the meeting through his twitter wall. 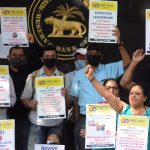 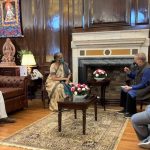 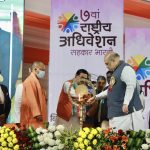 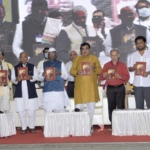 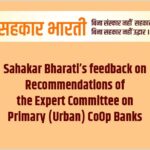